Anyone who has owned a chicken or is into the chicken business already knows how important it is to tell the sex of a chicken.

Being able to know the difference between a hen and a rooster comes in handy, especially when you are raising chickens for specific purposes such as egg or meat production.

If you want more eggs, then you need more hens, while more roosters will be necessary for meat production and for mating with the hens.

In this article, we have put together some of the best methods of sexing a chicken.

Also, you will learn how to sex your chickens to avoid getting into errors.

To provide more value to you, you will also find answers to some of the frequently asked questions about sexing chickens.

Now, let’s delve into the details.

Don’t fail to read this article about How to Hatch Chicken Eggs Step by Step.

Best Methods to Sex a Chickens

Before we get into how to sex a chicken, you should be aware of their developmental stages.

Some sexing methods can only be effective at certain stages in a chicken. For example, feathering.

Here’s a list of stages in chick to remember:

Here, the hackles and sickles on the cockerel will start to grow around week 13. Pullets nearing the laying point may begin to bend down.

You can figure out your chicken’s gender by watching them go through these changes.

Now Let’s look at various methods for determining if your chick is a hen or a rooster.

You may also like to read about the Top 10 Chicken Breeds That Lay Large Eggs [With Pictures].

This method is one of the most accurate and successful ways to sex a chicken which is also known as venting.

However, it can be quite difficult and requires someone with a lot of skill to carry out the process accurately.

Hence, this type of sexing method requires one to be able to handle day-old chicks with absolute carefulness while determining the sex.

Here is how this method works.

It requires you to hold the day-old baby chick and turn, where the vent is spread wide open allowing you to check the organs in order to tell if it’s a hen or a rooster.

READ THIS NEXT:  What is a Broiler Chicken?

Put into consideration that the Male and female organs look similar. However, the Male does not have external organs but a tiny bump (a globe-like center bead) while the females have a flat-concave center.

Warning: this method should not be done by backyard chicken keepers because if not properly done, the chicks are at the risk of death.

Historically, skilled vent sexes have had a 90% while in modern-day reports the success ratio is 95%.

Nevertheless, this method does work very well, but it requires accurate skill and training.

Feather sexing, which is also known as wing sexing is one of the easiest methods to sex a chicken.

This method requires you to also do it when the chick is a day old just like venting.

The reason is that, if they get more than 3 days old, their feathers will be well developed and you will not be able to differentiate between a hen and a rooster.

However, this method is best determined by genetics (it’s in the genes). As a result, it does not work for all breeds.

The major difference there is the feathers of the female chicken are usually not of the same length.

Some are long and some are short while those of the male chickens are always of the same length.

That said, this method has proven to work for some people and it can as well work for you provided you know the parents of the chicken.

Trending now: Chickens Are Not Laying Eggs Yet? See 15 Common Reasons and Solution.

Another way of sexing a chicken is by keeping a close eye on their behavior as they grow older.

Although this is not a guaranteed way to sex the chicken accurately but when you get to know your breeds very well, you will notice some characteristics that will help you in sexing them.

There are some attitudes that are unlikely in a female chicken like fighting, it’s not that they don’t. However, it’s rare to come across aggressive female chicks.

The females are usually calm and reserved, allowing the Males to run the show. Thus, they normally adopt a low profile.

On the other hand, the Male chickens are usually aggressive as they generally like slamming into each other’s chest.

They tend to be more certain of themselves and don’t like to keep a low profile as they are more upright.

Another behavior in the Male is the ability to look you directly in the eyes whilst cocking its head. This is a behavior usually not seen in female chicks.

Also, the males are always the first to get food. So, as you continue to spend time with them, you will be able to sex them accurately.

Another safe way to tell the gender of your chickens is by understanding how their genes work and coloring.

Auto sexing is done by the natural color markings on the chicks.

READ THIS NEXT:  How to Make Fodder for Chickens [Reduce Feed Cost]

Certain breeds like the Cream Legbar Chicken for example.

The females have light and dark stripes on their bodies when they are born, while the males have a lighter coat and yellow marks on their heads.

Their spot fades with age, which is why it’s important to sex the chicks before they’re too old.

Auttosexing will work as long as you have purebred Cream Legbars. If you add another breed to the mix, autosexing will not work.

Color sexing, on the other hand, is normally performed by mating a male (who carries the gold gene) with a female (a silver gene).

When a Rhode Island Red rooster and a Delaware Hen are used, for example, the females will be brown and the males will be white.

This is due to “sex-linked” traits, in which specific genes are carried differently in males and females.

It’s also worth noting that certain breeds can be sexed just by looking at the color of their own.

A few broiler breeds can be cross-bred so that the female’s down is gold in color while the Male’s is brighter and virtually white.

Now that you know which procedures are best for you to use in determining how to sex your chickens, it’s time to check out other methods you shouldn’t trust.

Don’t Trust These Methods of Determining the Sex of Chickens

There are methods of doing things that our mothers used to do that are described as “old wives’ tales,” and chicken sex is one of them.

It is important to note that some of these methods listed below are based on guesswork and as such do not work.

Let’s take a look at some of these old wives’ tales:

Some folks in the early days were of the opinion that the shape of an egg can determine the sex of the chicken before it hatches.

When the egg has an oval shape then it’s believed to be male while if the egg has a round shape it is female.

Actually, the shape of an egg has nothing to do with the sex of the chicken inside it.

Don’t fall for it and for the record, the color of an egg also can’t be used to determine the sex of the chicken inside of it.

This too is another false way to determine the sex of a chicken.

Here, it involves putting an egg inside a water bowl and seeing whether it floats.

If it does, it is believed that the egg contains a female chick. If not, the egg is said to be the home of a male chick.

This is not a good method and can lead to the death of the chick inside.

However, there is an egg floats test that is usually carried out to determine how fresh the egg is for eating.

Some folks believe that when you hold candlelight underneath an egg in a dark space you will be able to see what’s inside.

READ THIS NEXT:  This is The Best Guide for Keeping Poultry Commercially

This misconception is that the position of the air space inside the shell can be used to tell the sex.

The chick will be a girl if the air sac is placed on the side of the egg.

There is no scientific evidence that this is effective.

However, egg candling is a technique for monitoring a chick’s growth and determining whether it is healthy.

There is a myth about egg candling you should know. Read these 16 Myths About Fertilized Chicken Eggs That You Already Believed to find out.

4. Weight on a String

Another ineffective way to sex a chick is to attach a little weight to a string and hover it above the egg.

There are two most accurate methods of how to tell the sex of your chicken no matter the breed.

They are the venting and feathering methods that are reliable and have 95% accuracy.

However, the venting method requires professional skill and training.

But for those who have no desire to learn, other methods like feathering, observing their behavior, and knowing the chicken’s color can help you to determine the sex of the chicken.

Keep an eye on your chicks and see if any of the methods listed above work for you. Meanwhile, don’t forget to avoid “old wives’ tales”. 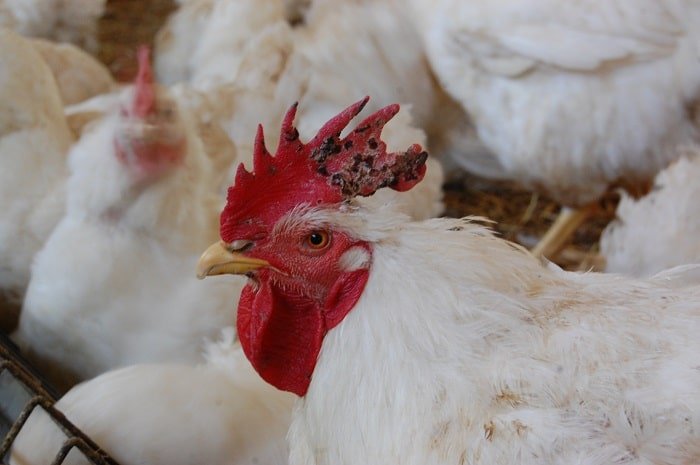 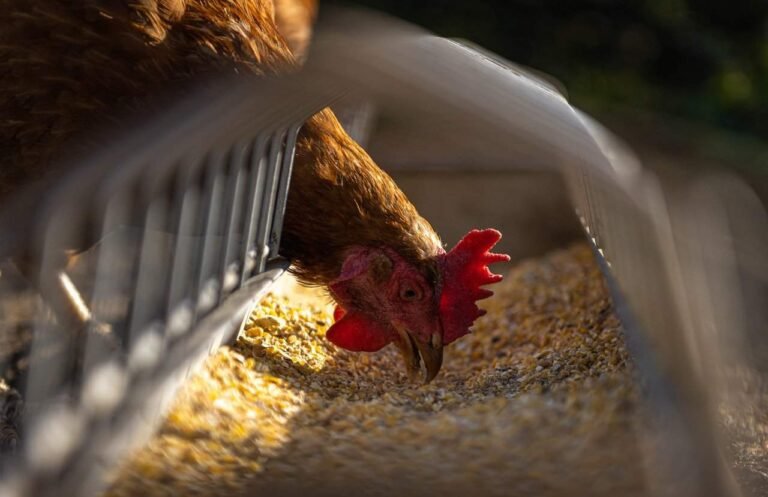 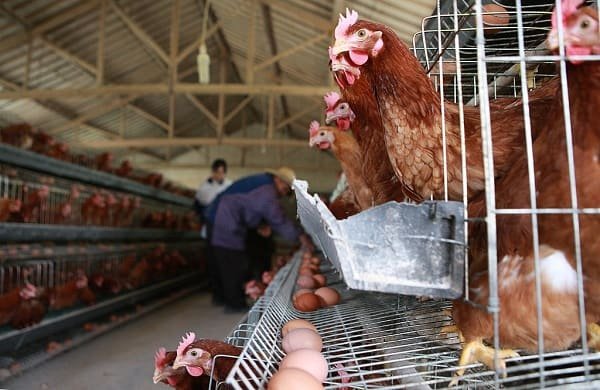 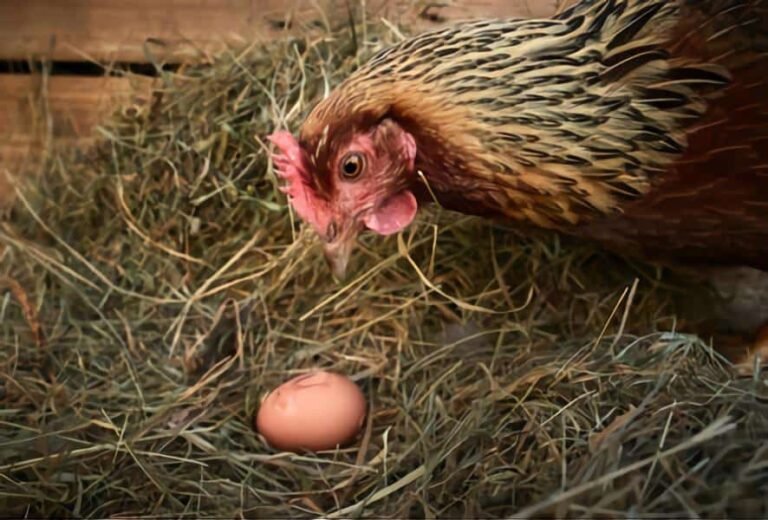 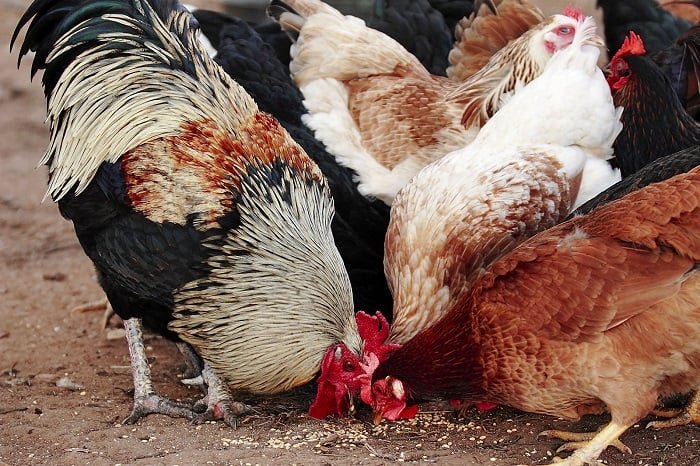 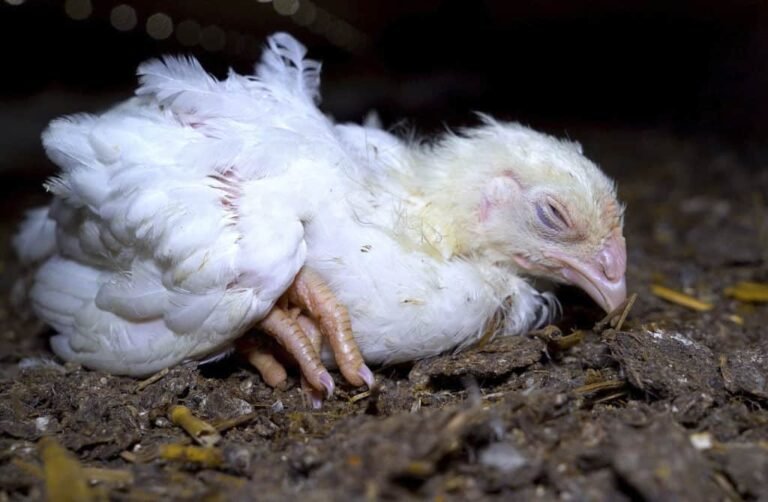