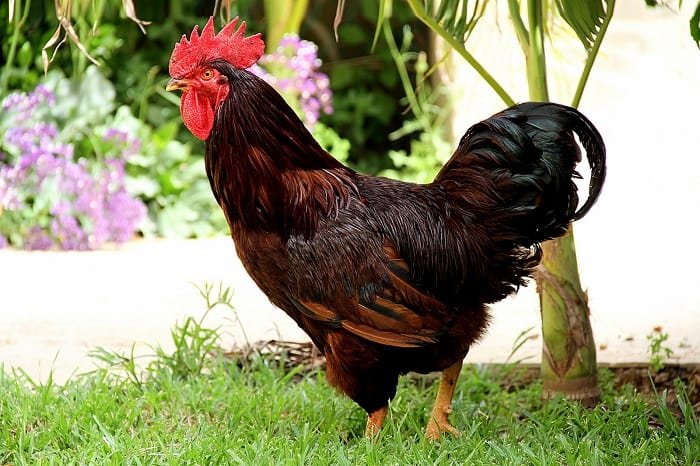 The Rhode Island Red (RIR) is a very common breed of chicken that serves dual purpose for egg and meat production.

If you are thinking of getting this chicken breed for your poultry farm, then you need to read this article till the end.

You will learn everything you need to know about the Rhode Island Red chicken breed.

This guide will help you to make that decision whether to get this chicken or not.

You will learn about their characteristics, their lifespan as well as other helpful information.

So, if you are want to learn more the Rhode Island Chicken, then let’s get started!

What is a Rhode Island Red Chicken?

The Rhode Island Red (RIR) Chicken is a dual-purpose breed.

It is one of the most popular chicken breed in the world.

Although it was originally bred for meat and eggs, in 1940, it was predominantly bred for its egg-ceptional egg-laying quality.

Basically, there are two strains of the Rhode Island Red Chicken breed.

We have the production and heritage strain.

The production strain is the industrial Rhode Island Red breed.

Which was invented principally to lay eggs.

In other words, if you want more eggs, choose a production Rhode Island Red strain.

On the other hand, the Heritage varieties lay just a few eggs.

But they do lay for a longer period of years compared to the production strain.

What is the Origin And History of Rhode Island Red Chickens?

The Rhode Island Red Chicken was a chicken breed in the 19th century.

Which came as a crossbreed of birds such as the Cochin, Java, Malay, Shanghai and the brown Leghorn birds from Italy.

The origin of its name cannot be traced to a particular person.

Some say it was named by Isaac Champlin Wilbour of Little Compton.

Others say that Mr Jenny of the Southern Massachusetts Poultry Association named it the Rhode Island Red in 1879 or 1880.

However, Nathaniel Borden Aldrich exhibited this chicken breed as the “Golden Buffs” in 1891.

This he did in Rhode Island and Philadelphia.

The Rhode Island Red Chicken bore many other names such as John Macomber fowls and Tripp fowls.

Following the different crossbreeds, in 1898, the first standard breed of the Rhode Island Red was invented.

Then in 1904, the Standard of Perfection of the American Poultry Association admitted the single-comb variety.

Furthermore, they also incorporated the rose comb in 1906.

In 1954, the monument of the RIR was erected and the state of Rhode Island celebrated the centenary of the breed.

This was done at the William Tripp farm, in Little Compton, Rhode Island.

What are the characteristics of Rhode Island Red chickens?

Spotting a Rhode Island Red is not going to be that difficult due to its well-defined characteristics.

Below are the characteristics that set this peculiar chicken apart from the other breed;

Usually, their tail feathers are black.

What this means is that their feathers sit together compactly.

This is a genetic imprint from the initial crossbreed – the Malay breed.

3. Although some Rhode Island Red have single combs, some have rose-comb:

Peculiar to the RIR chicken is a variety of comb structures.

Some have rose combs whereas others possess a single comb.

The single comb has well-defined points and stands upright.

On the other hand, the rose comb has a rear-facing leader spike.

However it’s structured, the Rhode Island Red Chicken combs are red in colour.

4. They do not have the regular facial colour:

Like most chicken breeds, their face, wattle, earlobes and comb are red in colour.

But for Rhode Island, their eyes are red-orange. Beaks are reddish-brown.

The feet and legs, yellowish in colour.

Though you can find some red colour on the toes and side of the shanks.

You can spot a Rhode Island from their body shape.

The rectangular body shape comes quite solid with tight feathers.

Their body is well-proportioned, head held high, and tail hanging at 45⁰.

6. This chicken breed does not have health issues:

Owing to the blend in genetic combinations from other birds, they rarely have health issues.

However, just like with all feathered friends, they are often disturbed by lice and mites.

The dream of every farmer is to increase the productivity of his farm.

So, if you want a chicken to add to your flock that will boost your farm productivity, then you might just be making the best choice of your life.

Adding a Rhode Island Red Chicken breed to your farm comes with a lot of goodness.

Here are some of the reasons why you should choose the Rhode Island Red chicken;

1. The Production strain of the Rhode Islands are great egg layers:

This chicken breed boasts about 4-5 eggs in a week.

That’s pretty encouraging for the farmer who sells eggs.

2. The RIR Chicken Breed are self sufficient:

Compared to other chicken breeds, the Rhode Island Red Chicken requires little or no care.

It can thrive on its own effortlessly.

As long as there is enough space to walk around, you will never see them coming to you with a plate.

3. Rhodes are ideal for beginners:

For a chicken farmer who just got into the business, we recommend you go for Rhode Island Red.

They are easy to manage.

4. They love to forage on free range:

As earlier stated as long as the pen is large enough, the Rhode Island Chicken species will feel alright.

Naturally, they love to scratch around the garden and pick up insects, making them great foragers.

Foraging helps them keep in shape, thereby making them not get obese.

Also, it’s an opportunity for them to add to the feed some grubs and worms to have a more balanced diet.

When you talk about a hardy chicken, you can count on the Rhode Island breed.

Due to their genetic make-up, they rarely fall ill.

What are the disadvantages of having the Rhode Island Red Chicken?

As much as the Rhodes come with a lot of good, the frailties are heart-wrenching.

And sometimes, strategic measures do not yield any positive result.

Here are some reasons why the Rhode Island Red might not be good for your farm;

Have you ever had that classmate that threatens almost everyone in the class?

That’s a typical example of the kinda chicken a Rhode Island Red is.

They are natural bullies.

It’s unwise to keep them in the same pen with timid birds.

They are going to scare the life out of them and claim the throne as the “King of the Flocks”.

To keep this simple, the anus of the industrially produced Rhode Island Red usually slips.

The external opening of the rectum or cloaca slips from its usual position and this is not a good thing.

3. The Rhode Island Red can be really noisy:

If you’re living in an urban region, this chicken might not be your best consideration.

This breed of chicken is loud.

And their rowdiness can have the neighbours knocking on your door always.

Now, just imagine if you have other chicken breeds like the Cochin Chicken in the pen.

Just maybe the 3rd World War will start in your backyard.

You know, no other bird drags the title of being aggressive with the Rhode Island Roosters.

They have a bad rep in history.

One of the reasons they don’t make good birds.

1. What is the Lifespan of Rhode Island Red chickens?

Rhode Island Red Chicken breed is known to live up to 8+ years.

However, this largely depends on how well you take care of them.

Aside from illness, which they are not always prone to, they live longer.

Yes, the heritage variety of Rhode Island Red is good for meat.

Little wonder it was included in the Ark of Taste of the Slow Food Foundation.

But same cannot be said of the production strain variety.

3. Can Rhode Island Red Chicken be trained as Pets?

Although they are pretty docile and laid back, their aggressive nature makes them not a good option for pets.

Naturally, they enjoy human company, but the roosters always get aggressive and that comes with some clawing.

Needless to say, we do not commend the Rhode Island Red as good pets.

Due to their aggression, children shouldn’t be around them.

The Reds egg-laying ability depends on the strain you buy.

The production strain lays more eggs than the heritage strain.

The heritage variety of Rhode Island Red lays about 150-250 brown eggs in a year.

This counts about 4-5 eggs per week.

However, the Red production strains are prolific layers.

Usually, they will lay about 5-6 eggs per week.

Although this seems good, it doesn’t equate to the egg-laying capacity of the Australorp Chicken breed.

6. What do Rhode Island Red chickens eat to grow big?

Feeding them on a good 16% layer feed will do perfectly.

However, they will grow bigger on foods they foraged.

For the Rhode Island Red, foods they foraged tastes better.

And sometimes you can find them chasing mice and frogs!

Usually, the Rhode hen will start to lay around 18-20 weeks.

Sometimes, they can come earlier than that.

Maybe somewhere around the 16th week.

Well, as much as this might not sound so good, yes they are.

The Rhode Island Reds can be raucous and really rowdy.

And their egg sound.

Come on, it’s loud and proud.

You can hear them singing the egg song, “I know I’m a good layer”

But here’s the striking truth.

They are not usually noisy all the time.

But they are talkative all the time.

So, if you have close neighbours who enjoy peace and quietness, these birds are not for you.

9. What is the habitat and environment of the Rhode Island Red Chickens?

Inside the coop, a space of 4 square feet per bird will do.

So, the more space the better.

Also, an average of 8 inches of perch space will be great for them.

This will be adequate owing to the fact that they clutter during winter and spread out in summer.

Also, their nesting boxes should be about 12×12 inch cube or similar.

With a smaller space, they nest together, and that’s not good for the eggs.

They will definitely break a lot of them.

For the pen, 15 square feet per hen is adequate.

They do not fare well in confinement.

Just ensure, they have sufficient room and areas

So, now you know.

With this, we are sure that choosing to add the Rhode Island Red Chicken breed to your flock will be an easy task. 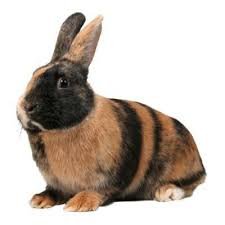 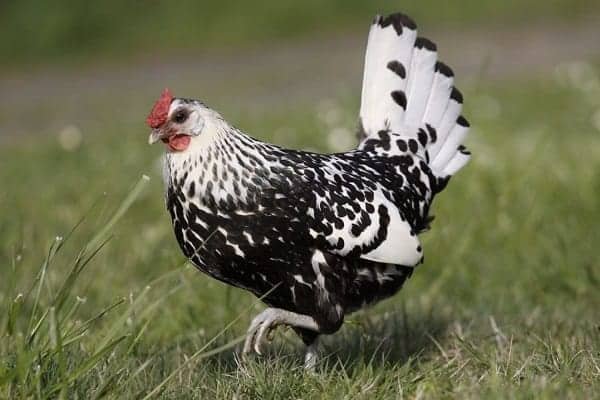 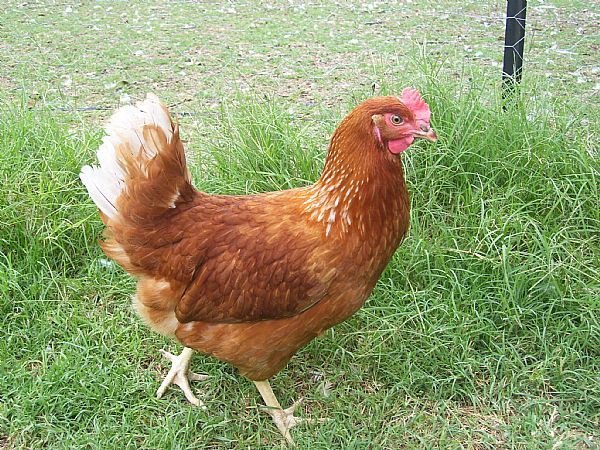 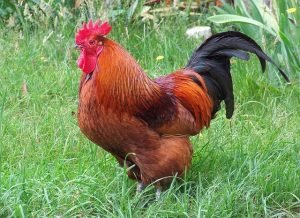 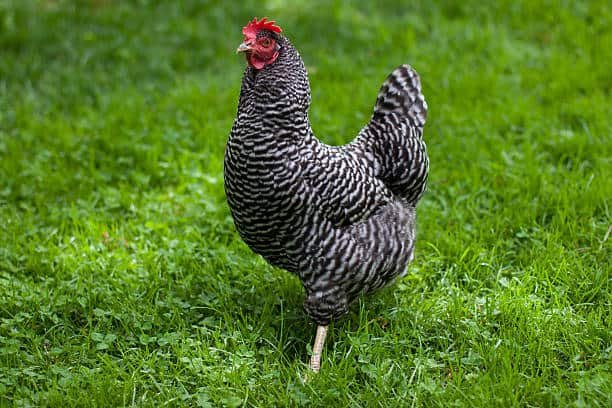