Do you want to know how to make fodder for your chickens?

Are you confused about what chicken fodders are?

Are fodders good for chickens?

In our article on what do chickens eat, one of the best things to feed your chickens is fodder.

But most people do not know how to make fodder for their chickens.

In this piece, we have brought you the best strategic steps on how to make fodders for your flock.

Also, in a bid to spice up what you feed your flock, you can check out how to make organic chicken feed and fermented chicken feed.

If you want to understand why and when you need to feed your flock with fodders, then this piece answers that question and more.

What is chicken fodder?

Fodders are dried grasses or hay which serves as food for the livestock.

It is also known as provender.

Fodders come in handy when the weather is cold and grasses are no longer growing on the outside.

In other words, the chickens do not forage for fodders, you grow, make and feed to them.

Basically, you can refer to any agricultural foodstuff specifically produced to feed domesticated livestock fodder.

What are fodders made from?

Fodders are not fancy foods served on nice ceramic plates.

Usually, they are made from grasses or hay.

What grains can I use to grow chicken fodder?

One step to getting growing fodders right is to plant the right grains.

Not all grains are suitable for growing fodders for your chickens.

Here are the best grains to grow fodder;

Ideally, you can use just one or a mixture of these grains for your chicken fodder.

Keep in mind that all grains become 40% more digestible when they sprout, soak, or turn into chicken fodder.

Why are fodders an option for the chickens?

Fooders are a good source of protein and fibre for the chickens.

Besides the nutritional benefits, growing chicken fodders is a great way to have grass all year long for your chickens.

Also, fodder supplements the chicken layer feed and is beneficial because;

Is growing fodder for chickens easy?

Every venture has its ups and downs, however, there’s nothing an expert’s advice can’t fix.

Growing fodder for chickens is so easy, all you have to do is to get the right gains and follow the steps we outlined below to get yours all set.

How to make fodder for your chickens

Like we earlier stated, making fodder for your chickens is not a task if you know the ropes to pull.

You can decide to keep it simple or complicated.

Before making your fodder, you need to grow it or get it first.

Whether you’re growing on a large scale or in a small tray, the principle is one and the same.

If you’re looking at growing fodders using either of the grains we listed above, you need to have a few things to get started.

What do I need to grow fodder?

Here’s a list of the necessary poultry farm equipment to grow fodder for chickens on a small or large scale;

Now, here’s how to make your own fodder;

Once you have made a choice of grain, the next is to soak it.

Up next is to find a container to serve as your base for the fodder.

You can opt for plant trays, old plastics or metal cake pans.

Then drill lots of small holes in the bottom.

The holes should be large enough to allow water to drain out but small enough not to let the grains escape when watered.

Another option is to lay a plastic mesh liner at the bottom of the pan if the holes are too big.

STEP 3: Place your soaked grain in the pan

Transplant your soaked grain from the bowl into the sturdy pan with holes in the bottom.

The soaked grain should not be more than 2 inches thick.

Ensure there is enough water under the spigot.

Allow it to drain before setting them in their permanent place.

STEP 4: Keep the grains moist until they begin to sprout

Ensure the grains are moist until they begin to sprout.

The spray bottle comes in handy at this point.

You can spray them using the spray bottle or by simply running the fodder underwater each day.

Remember, allow it to drain fully.

Then place them in a sunny place so they grow quicker.

Your fodder is getting set for consumption.

After 3-7 days, your fodder will sprout.

However, this depends on the temperature and where the fodder is located.

Once the fodder grows to the desired length, you have to flip it upside down onto a clean surface.

Then cut from the bottom where the roots are.

After cutting the sprouting part, your fodder is ready for consumption.

Make 4-inch squares, or desired size, and offer to your chickens.

How do I have fodder all year round?

Rotating your fodder for constant growth is a good way to have fodder supply all year round.

To have batches of fodder constantly, all you have to do is to make more trays of fodder at first.

And some more trays!!!

With more trays comes more fodder for your chickens.

Frequently asked questions about how to make fodder for chickens

What’s the best fodder for chickens?

To get the best fodder for your chickens, we have to trace it back to the grain used.

The best grains to get fodder from are rye, wheat, barley and oats.

How much fodder does a chicken need per day?

Therefore, you shouldn’t expect them to eat more than they require.

A little is enough.

However, compared to the regular feed, the absorption rate of fodders in the chicken’s system is greater and more efficient.

Should I feed my flock only chicken fodder?

Feeding your chickens only chicken fodder is not ideal.

Chickens need only 2-3% of their body weight in fodder each day.

Therefore, we recommend you feed them fodder along with their grit, mineral, and vitamin supplements.

Is fodder healthy for chickens?

Yes, fodder is super nutritious for chickens, ducks and geese.

Fodders are a good source of protein and fibre.

Besides that, the chickens have a great time nibbling the tops and scratching at the roots of the fodders looking for bugs.

What other things can I sprout for chickens?

If you don’t have time to make fodder, there are other things you can sprout for your chickens to feed on.

Some other alternatives to chicken fodder are;

All you have to do is to soak them every day in water, drain and watch them grow.

How long does it take for grains for fodder to sprout?

Once the grain is inserted in a pan with holes, it takes about 3-7 days for it to sprout.

However, it’s best to be served on the 7-10 days when they have grown their second leaves.

Allowing the grains to sprout amplifies the nutrients six times and increases digestibility.

How do I make hydroponic fodder for poultry?

“What is hydroponic fodder,” you ask?

Hydroponic fodder is fodders grown indoors in water without using any soil.

Therefore, to grow hydroponic fodder, all you have to do is to put all the nutrients needed to grow the fodder in a nutrient solution supplied to their roots.

Is hydroponic fodder good for poultry?

Hydroponic fodder does not differ in nutrients from the ones grown in the soil.

What are the disadvantages of using hydroponics to grow fodder?

Here are why adopting the hydroponic system of growing fodders is not a really good idea;

Is hydroponic fodder good for broilers?

The fodder produced from the hydroponics system can be used for all kinds of poultry including goats, sheep, turkey etc.

Is making fodder for chickens expensive?

Depending on how much fodder you want to make, the cost might vary.

What we do know is that making fodder can be as expensive or inexpensive as you want it to be, too.

Generally, the cost of making fodder

Where can I grow my chicken fodder?

Growing your chicken fodder can be done anywhere.

Some people grow small batches in a sunny window.

However, others opt to grow huge trays of fodder on large shelving racks with grow lights all year long.

It all depends on how much you want to grow at a time.

What’s the use of a growth light system when growing fodders?

Basically, the growth light system is a way of growing fodders uniformly.

Using this system, all the fodders grow at the same rate.

Usually, the growth light system is adopted when growing fodders on a large scale.

Basically, fodder is a way of pasture replacement especially when pasture isn’t available.

However, putting your chickens on pasture most of the year is a great option.

It’s advisable to adopt the fodder option during cold weather when grasses are not growing.

Pasture would cost almost nothing.

Growing chicken fodder is a good way to supplement the diet of your chickens especially when the cold weather sets in.

It’s easy and because the chickens love fodder, it’s ideal you fashion a way to keep it available all year round. 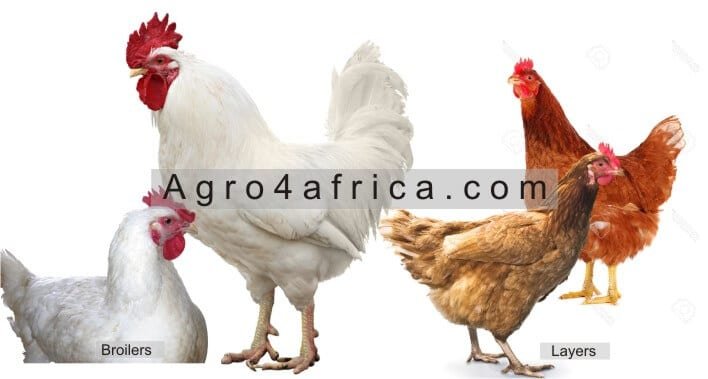