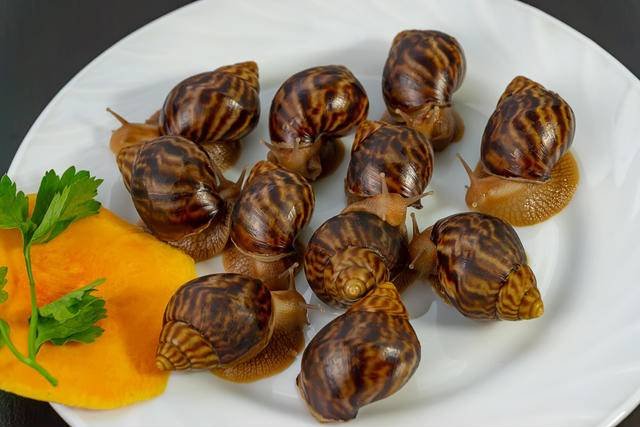 Have you been wanting to how you can benefit from snail farming business?

Perhaps, you want to find out the disadvantages of rearing snails to decide whether it is a good agribusiness for you.

Whatever the reason may be, I’ll share everything you need to know in this article.

If you like short and straight to the point answer, then I will go ahead and tell you that snail benefits by far outweigh the disadvantages.

You need to see why I have come to this conclusion.

First, let’s begin with the benefits of snail farming.

Benefits of Snail Farming for Beginners

The first benefit of snail farming is that snails prolific breeders and that is because all snails are hermaphrodites.

What this means is that every snail has both female and male reproductive organs.

To further break it down for you, it means that every snail can lay eggs.

This is very interesting.

As soon as an Achatina marginata snail starts laying eggs, it lays up to 5 – 7 times in a year.

In each breeding period, the Achatina marginata snail can lay about 80 – 100 eggs.

Please, do not think that all the eggs will hatch.

That only happens in theory or in a laboratory experiment.

You will need to learn how to hatch snail eggs properly so that you can have more hatched snails.

With this large numbers, we can conclude that there is massive wealth in snail farming business.

2. They have the benefit of being environmentally friendly

Another benefit of snail farming is that snails are environment-friendly animals.

Seriously, I don’t think there is any other animal you can keep in your farm that is as quiet as snails.

As a result of their quiet nature, they do not attract carnivorous pests like snakes and other reptiles.

Besides the quietness, snail droppings do not give off an offensive odour as in pig and chicken farming.

Because of this unique quietness and odourless nature of snails, you can rear them in your backyard or close to living areas.

3. Snail Meat is rich in protein and is delicious

If you have not had a taste of snail meat, after reading this article, go get some and eat.

It tastes so heavenly.

I like the crunchy feeling in my mouth as I bite into it.

Snail meat tastes so great that one can easily become addicted to eating snail meat daily.

Apart from snail meat being delicious, snails have some wonderful nutritional value too.

Snail meat is rich in protein, phosphorus, calcium, and iron.

In fact, snail meat is the best for people with heart health problems because it contains low amounts of cholesterol, sodium, and fat.

Generally, snail meat is a better option for many families around the world in comparison to poultry, pork, and beef.

Snails are highly nutritional, as a result, the consumption of snails is on the increase in many places.

They are also used to produce cosmetics and other skin products.

Because of these different uses of snails, they have attracted a very good market both locally and internationally.

This gives you the opportunity to gain from snail farming in two ways.

You make money from satisfying local demand and also make much more from meeting international demand.

5. Cost of Starting a Snail Farming Business in Very Low

Okay, let me put it this way…

The initial cost of starting a snail farming business will be very high, depending on the type of snail housing you chose.

However, the benefit of snail farming over other types of animals is that it has very little operational cost.

For instance, most livestock takes up at least 70% of the expenses for feeding.

It is not so with snails because snails are very small and they feed mostly on vegetables.

In fact, you can get more than 50% of snail food for free from the market or from bushes.

Also, you don’t need to employ so many people to manage the farm.

One to four labour will be more than enough, depending on the scale of the snail farm.

Other technical and financial inputs are also relatively lesser than in fish farming, poultry farming, and goat farming.

This is why you can be sure of making so much profit from snail farming compared to other animals.

6. The Risks of Losing Snails are Minimal

As long as you have a well-secured snail house, you may not experience loss of snails.

The snail pen should be able to prevent pests and insects from attacking the snails.

This will guarantee the survival of your snails.

What this means is that they barely have disease attacks.

As a result, you can be sure of not having losses because of diseases.

Another tip that can increase the survival of your snails is for you to sort your snails always.

If you sort your snail pen regularly, you will prevent the loss of snails from cannibalism.

Snails can also survive a long period of time without food or water.

Although, starving snails is not good for business because the snails will aestivate.

With this kind of low mortality in snails, you can be sure of making more profit from snail farming.

In many countries, unemployment is a major issue because of the growing number of the working class.

Commercial production of snail in an intensive snail farming system can create jobs for many people.

This is how snail farming provides jobs for people and strengthens the nation’s economy.

8. The By-Products of Snails Have Many Uses

The 8th benefit of snail farming in this list is that almost every part of a snail is usable.

Whether it is snail slime, snail shells or snail meat, everything is useful.

You can grind snail shells and use it as a calcium supplement in animal feeds.

Also, you can use the ground shells as a scouring agent for washing pots and kettles.

Many people pick and store snail shells as aesthetic pieces for designing homes and offices.

These shells have a great deal of demand in many countries.

One more thing on this, if there is no other benefit of snail farming, at least we can always enjoy eating snail meat.

I will tell you a thousand time again, snail meat is very delicious.

9. Snail Farming is a Source of Foreign Exchange

Snail farming brings about foreign exchange since snail is an export commodity.

There are some countries in Europe that place a ban on snail farming.

This is a huge opportunity for you to satisfy those craving for snail meat in those countries.

Another advantage we have here is our temperate weather.

Nigeria has one of the best climates for snail farming.

So, we have an advantage over countries that usually experience freezing weather conditions.

If your snail farm is large enough, you can easily earn some hard currencies by processing and exporting snails.

Snails are nocturnal animals. This means that they are more active at night.

As a result, Snail farming in Nigeria provides you with a lot of ample time to do other things in the day time.

Imagine you have a day job, you can always take care of your snails in the evening.

The only thing you need to do is to replace their feed and water, then find a time in the week to sort the snail pens.

Snail farming is really that easy and flexible.

There are benefits of snail farming, but there are also limitations or disadvantages.

Like I said in the introduction of this article, the disadvantages of snail farming are negligible.

However, it is important for you to know these disadvantages of snail farming also.

So, here is the first limitation in snail farming

it is almost unbelievable that a creature as small as snails will take up to 8 – 12 months to reach market size.

That’s a very long time away.

Furthermore, the part of snail meat that is consumable is only about 41% of its live weight.

Are you kidding me?

Nah! I’m not kidding. The edible part of a snail carcass is that small.

In effect, snail farming is not a get-rich-quick scheme.

You need the patience to succeed. A whole lot of it.

But it will definitely be worth the wait if things go well for you.

While many people love to eat snail as a delicacy, there are those who will not even touch it for religious or cultural reasons.

There are some Ghanaian dietary taboos that prevent pregnant women from eating snail to avoid giving birth to drooling babies and children.”

Do you want to know what I think of this?

With the right education and sensitization, this ignorance can be amended.

3. Snails are Pests in the Wild

In fact, this is the major reason many countries put a ban on snail farming.

When snails escape from their snail pen into farmland, they destroy economic plants.

What makes it very dreadful is the fact that snails are hermaphrodites.

They will just multiply exponentially in the farm and cause massive damage to crops.

As a result, snails are seen as pests.

There are countries that will not even allow you to bring a living snail across their border.

You either go back with it or they will destroy it for you.

Snails cannot be reared in all types of climate.

When there is too much cold, snails will just freeze to death.

If the wind is too much, it will cause them to aestivate.

Also, too much sunshine will reduce its activity.

Because no one can control the natural climate of any area, snail farming cannot be practised in every country.

The best climate for snail farming is the humid tropical forest zone.

With a fairly constant change in day and night throughout the year, your snails will do well in such area.

The summary of the benefits of snail farming include;

Some of the limitations of snail farming are;

Now I want to turn it over to you: Which of the benefits in of snail farming interests you more?

Are you going to start your snail farming business after reading this or have you started already but need guidance?

Let me know by leaving a quick comment below right now. 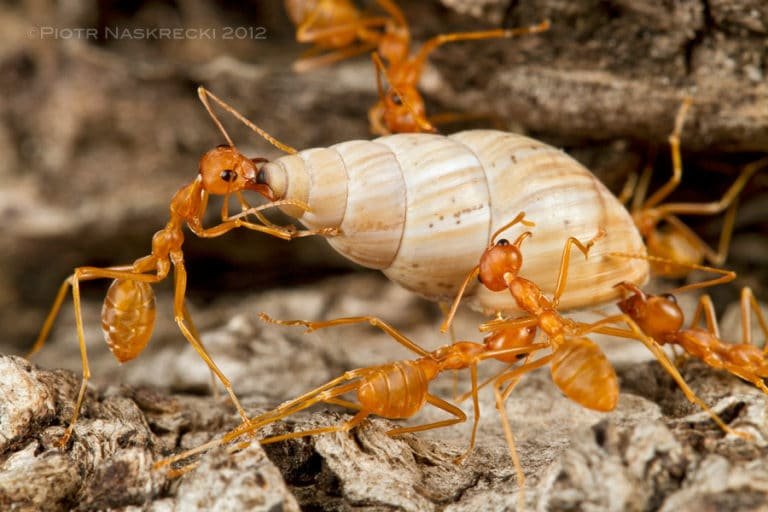 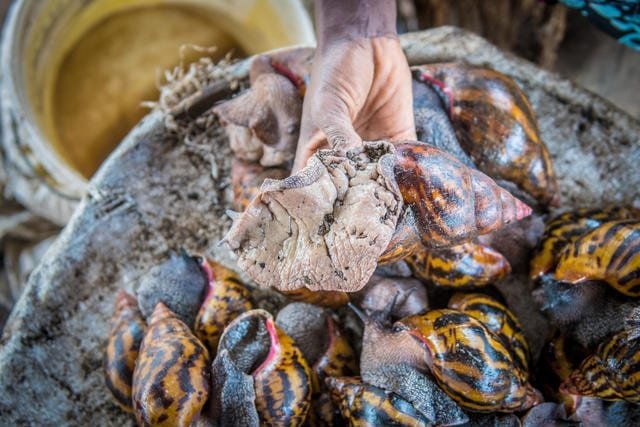 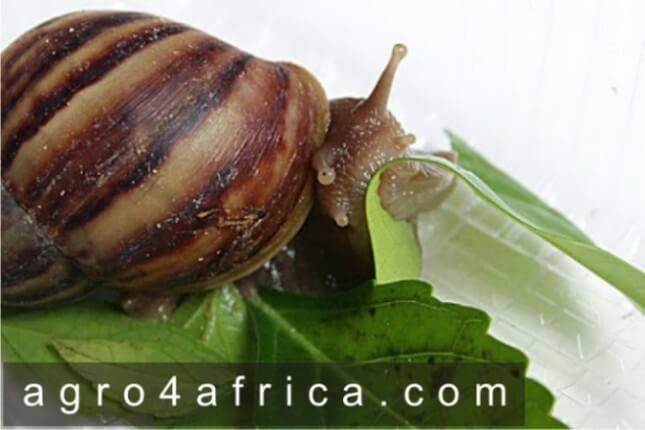 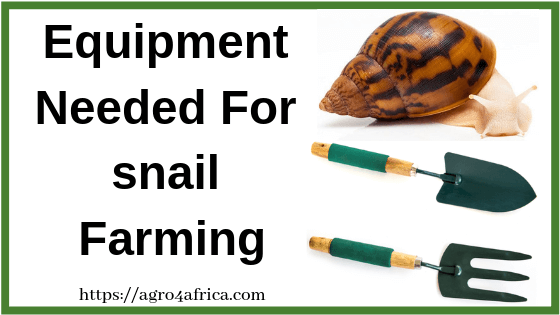 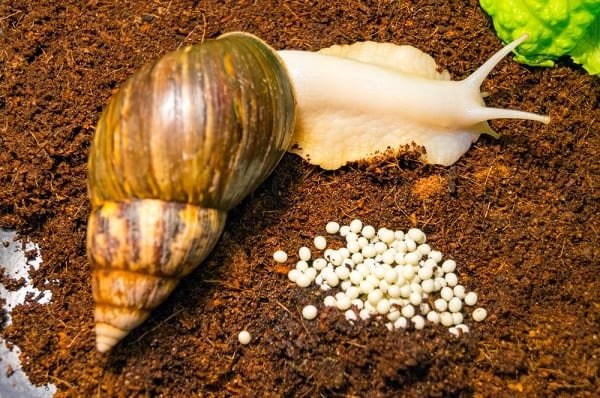