Do you hope to learn or know more about one of Britain’s oldest domestic pig breeds called Tamworth pig?

Then look no further cause this article right here contains all you need to know about the Tamworth pig breed.

Tamworth pigs are traditional pig breeds that are unique and easy to recognize.

That is to say, Tamworth pigs have certain features that make them stand out among other pigs.

Here in this article, you will find the characteristics, origin, and good reasons why you should choose the Tamworth breed.

Also, information about the Tamworth pig’s lifespan, ideal habitats, and the disadvantages of owning one is provided just for you.

Furthermore, answers to frequently asked questions you will find towards the end of this article.

Without wasting either words or time, let’s get right to it.

What is a Tamworth pig?

They are one of the least interbred pigs with other non-European pig breeds.

Therefore, they are the oldest pure English breed still available.

Tamworth pigs are naturally inquisitive and alert even in their appearance.

They have been able to enlarge the size of the Tamworth pigs without adding more fat content.

Hence, they are an improved breed for a good bacon type.

What is the origin and history of Tamworth pigs?

The Tamworth pig breed of today are descendants of the old English forest pigs.

Their origin is from the town of Tamworth, Staffordshire in the United Kingdom.

Most of the improvement on the Tamworth pigs took place in England and little or no non-European blood was introduced.

Hence, they have really close relations and blood with the original European forest swine.

Even though tests show they have the Berkshire pig blood in them.

In the 18 century, Tamworth pigs are well known among small-scale farmers that practiced extensive farming systems.

They are common in pig farms around Staffordshire, big households, hotels, and other places that prefer to produce their own pork meat.

Thus, as the demand for quantity in bacon and pork meat generally grew, more commercial breeds of pigs were sought.

The low demand for the Tamworth pigs during the 20th century made the breed almost extinct.

READ THIS NEXT:  Everything You Need to Know About Rabbit House and Housing Systems

But, activities like importing, exporting, and encouraging local and traditional pigs production.

Yet Tamworth pig breeds are not well suitable to the modern pig production methods.

They are said to be “vulnerable” by the Rare Breed Survival Trust.

Meaning the breed is now fewer than 300 sows left in the world.

1.  They are durable and rugged pig breeds:

Just like other traditional pig breeds, the Tamworth pigs are hardy and will survive in a rough environment with coarse pasture.

They are very good at surviving by themselves even in forests they forage well.

2. Tamworth pigs are resistant to a wide range of climatic conditions:

Their colored skin makes them resistant to sunburn in very hot climates.

Likewise, they have thick skins to support their coat against very cold climates.

Hence, Tamworth pigs will survive literally anywhere in the world.

3. The Tamworth pigs are excellent foragers:

Tamworth pigs are good at seeking and gathering their own food.

Their top-notch rooting skills and ability to eat a wider range of plants than other pig breeds make them excellent survivors with little resources available.

They are even more efficient at foraging than castles and other pig breeds.

4. They have good mothering skills and protect their young ones well:

Tamworth pigs have good maternal instincts towards their litter.

They could even be overprotective sometimes when people are around.

Little monitoring is needed after a Tamworth sow has given birth as they even show consistency in feeding all littermates.

The Tamworth pigs are interactive animals that do well and get lively within the flock.

They are an instructable and friendly breed that loves being kept in free-range.

6. They are used as a quality source of ham and bacon:

Also, their pork is naturally lean with moderate fat and tenderness in the mouth.

7. The Tamworth sows are very fertile with moderate litters size:

Their good mothering instincts allow Tamworth sows to take adequate care of a moderate amount of piglets in their litters.

They are very fertile pigs that give birth twice a year with about 6-10 piglets per litter.

What are the characteristics of Tamworth pigs?

The Tamworth pig breed is moderate in size, not as big and bulky as most other pig breeds.

They have a long rump, uniform back arch with a wide back but not as much as thicker pig breeds.

Their hair color ranges from golden red to a gingery color, a blend of a brown and reddish hue.

There are no black spots on the coat of the Tamworth pigs.

Tamworth pigs have Long heads with a moderately large face that is slightly dished.

Their jowls are also well-trimmed and moderately large.

Tamworth breeds are deep-sided with a muscular, long body.

They are medium-sized breeds that add up meat nicely as they grow but are typically smaller than other commercial breeds.

Their ears are erect and pointy in nature and this gives them an alert structure.

The ears are very sensitive and they are usually attentive.

READ THIS NEXT:  How to start goat farming business

They have very sensitive and impressive snouts which makes them one of the most efficient foragers amongst the different pig breeds.

The Tamworth pigs have an omnivorous dentition.

The sharp incisors in front for cutting grasses and biting flesh followed by the canine which has now diminished in length then premolar.

Lastly, they have the molar at the far back used for grinding through their meals.

Tamworth pigs have no visible tusk even after they are well-formed.

Their hooves are well connected to their toes making them more comfortable.

They are wanderers that can walk very long distances with their cloven hooves which is well connected to their strong legs.

They are naturally inquisitive pigs, friendly, and always curious.

At birth, the piglets might be wary of humans but they adjust to interacting with humans as they grow.

These rugged pigs have great hardiness to adverse climates.

Tamworth pigs are caring and quite protective of their younger ones with very good mothering skills.

The Tamworth pigs are well suitable and adapted to any form of weather conditions.

They are known for their impressive surviving abilities even in the extreme cold and windy environment.

Likewise, they do quite well in hot climates around the world.

The feeding pattern and content of their feed determine how rapid the Tamworth pigs’ growth will be and how fast or fat they grow.

Compared to other pig breeds, they have a slow growth rate.

They get weaned within 4 weeks after birth and they reach sexual maturity in 5-6 months.

Tamworth pigs have their litter twice a year though it might be smaller than other pigs in size as they can farrow up to 10 piglets at once.

They are very fertile pig breeds, excellent milk producers, and protective of their piglets.

All this increases the piglet’s survival rates.

Improvement made on the breed was to enhance their bacon.

What is the lifespan of Tamworth pigs?

Naturally, Tamworth pigs can live for about 6-10 years of age.

They reach slaughter weight at about 6 months.

What is the habitat and environment of Tamworth pigs?

If you are looking for pigs to keep in a small area then Tamworth pigs are not the types of pigs you would like.

These pigs thrive well only in free-range or extensive farming systems.

They enjoy roaming, scouting, and foraging about for their own food.

How much space do Tamworth pigs need?

The spacing requirements for Tamworth pigs are dependent on the number of pigs there are and their age and size.

Animals kept on free range require a lot of space and so do the Tamworth pigs.

What are the disadvantages of rearing Tamworth pigs?

1. Tamworth pigs can get gruesome and grisly sometimes:

Sometimes, the Tamworth pigs get too excited, often prove difficult, and become potentially destructive on the farm.

READ THIS NEXT:  Goat housing construction types and how to construct them

2. They take their time to grow as their growth is moderately slow:

Slow bodyweight gain is not a desirable trait for any farmer rearing livestock.

This is one of the reasons why the Tamworth pigs were not considered for commercial purposes and even small-scale farmers.

3. The Tamworth pigs require a lot of space to grow:

The fact that Tamworth pigs have a large size and are less productive in confinements makes them need a lot of space.

If you would like to have them around in your backyard then be sure to provide them with a lot of space.

4. They are scarce breeds of pigs:

Tamworth pigs are not readily available for purchase because of their status on the Rare Breed Survival Trust.

They are classified on the threatened level and as such, are a scare breed of pigs.

From the characteristics above, we can agree that the Tamworth pig is an interesting breed of pigs.

They are hardy breeds that survive well in extreme climates, whether cold or hot.

However, keeping this pig will depend on what you want to use them for.

If you just like to have them around your farm, then that’s a good decision.

But if you are rearing the Tamworth pigs for commercial purposes, then you may not breakeven quickly.

That’s because this breed does not grow as fast as other commercial pig breeds.

So, you may want to consider your options before making a decision. 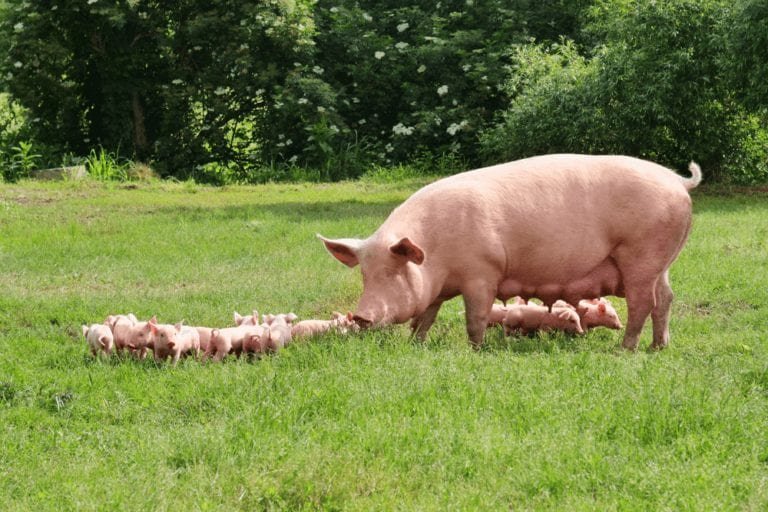 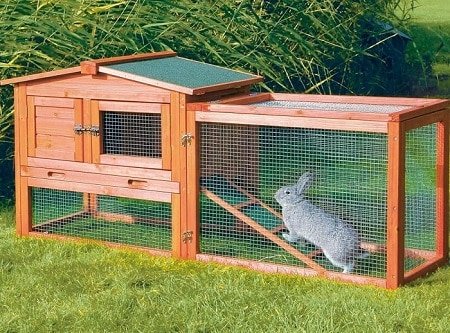 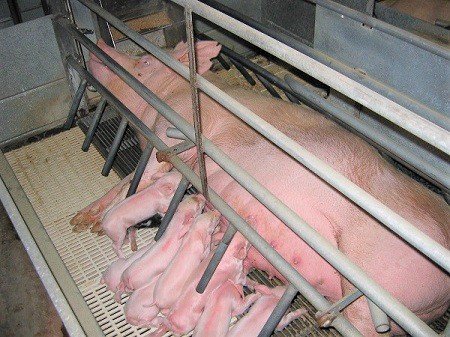 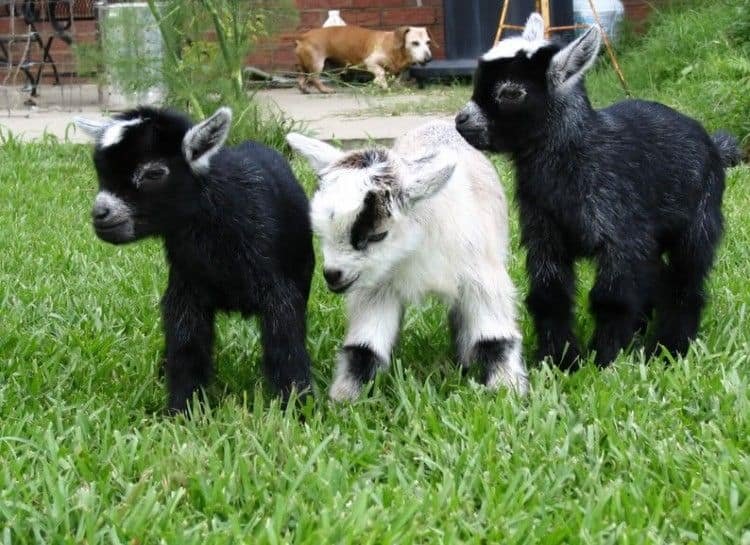 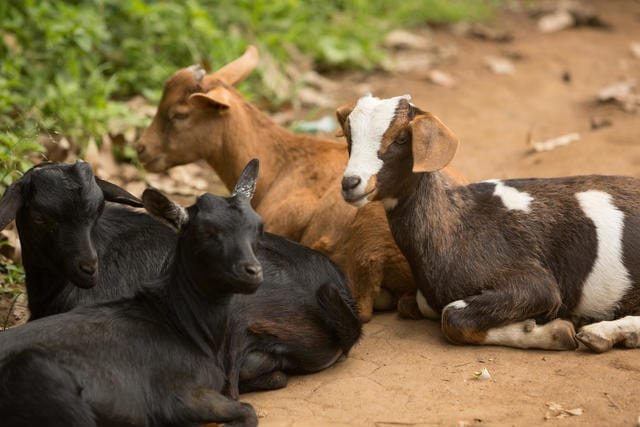 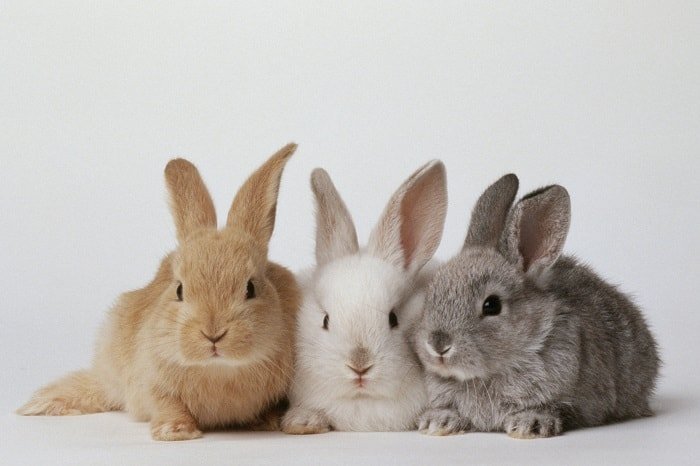